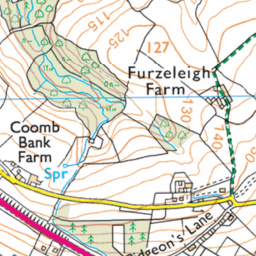 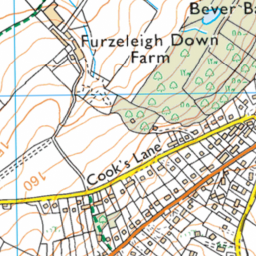 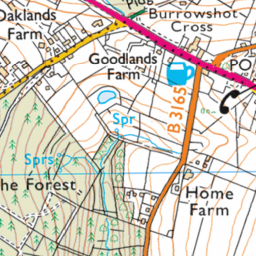 Unlit hazard in the middle of the A35.

On the A35 just east of the junction with Trinity Hill Road, Raymonds Hill a central island with bollards and a lamppost were demolished by a vehicle over a year ago. If this central island is a safety feature, why was it not fixed immediately? If it is not a safety feature, why is it there at all as it has been an unlit hazard in the middle of the road since it was demolished? Two cones were put there about two months after demolition but they are so dirty they can't be seen in the dark.