Reported via Android in the Flytipping category anonymously at 14:39, Thursday 30 September 2021 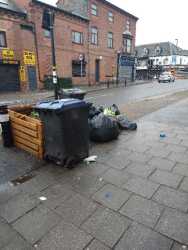 Abandoned bin needs to be taken away by council. And dumped rubbish coming from flats who don't have wheely bins.